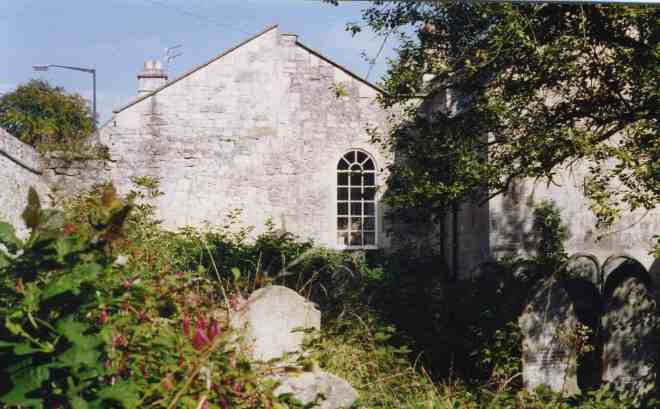 An outline history of this cemetery, on the corner of Bradford Road and Greendown place, has been gleaned from several sources – detailed below.

The Bath Hebrew Congregation (of Ashkenazi Orthodox persuasion) was formed in1742 but a Synagogue was not opened until 1836, though possibly earlier, in Kingmead Street. This closed in 1894 but one source states that the lease ran out in 1911. The Congregation was re-established in the early 20th Century and services were held in the 1930’s and 1940’s in Kersteins Private Hotel at 10 Dukes Street.

The burial ground land was purchased in 1812 from Henry Street, who had an open cast quarry on the site, and was enlarged in 1862. We do not know when it was opened but it has been suggested that it might not have been until after the establishment of the synagogue in Kingsmead Street in the 1830’s. The earliest gravestone date is 1842.

The prayer room in the corner of the cemetery has a plaque, no longer readable, and there are other wall plaques. It is as yet uncertain as to whether it was an ‘Ohel’, for prayer, or a ‘Taharah’, for ritual washing. This building is of considerable historic importance and the Society has involved English Heritage in a proposal to have it ‘Listed’. It is also to be the subject of a study by an architectural historian in collaboration with the University of Bath postgraduate conservation of historic buildings course.

The last interment is said to have been in 1942 but the latest gravestone date is 1921.

No ownership of the site can be established because the original trustees died early in the 20th Century. However, the Board of Deputies of British Jews, which has similar problems in other sites, has agreed to accept responsibility for it.

The present Bath Jewish community, in collaboration with the Board of deputies and the Society, is forming a ‘Friends of Bath Jewish Burial Ground’ which will take on some maintenance and restoration. The Society views the site as ideal for educational use and has plans to use the building for an exhibition. 2006 is the 250th anniversary of Oliver Cromwell’s decision to allow Jews to return to England, though there is evidence that communities already strived in many towns including Bristol.

The ‘Friends’ have put in much work to keep the site in a state in which it can be visited. Several successful Open Days have been held when an exhibition is set up and several hundred visitors shown round. The chapel has suffered considerable from the weather and we hope that rstoration can begin as soon as the ownership problem is solved. 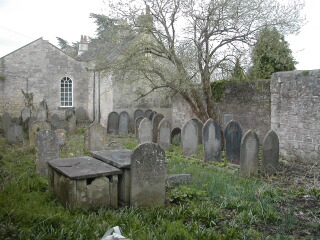 Photographs of all the tombstones are held on a ‘family history’ website here. 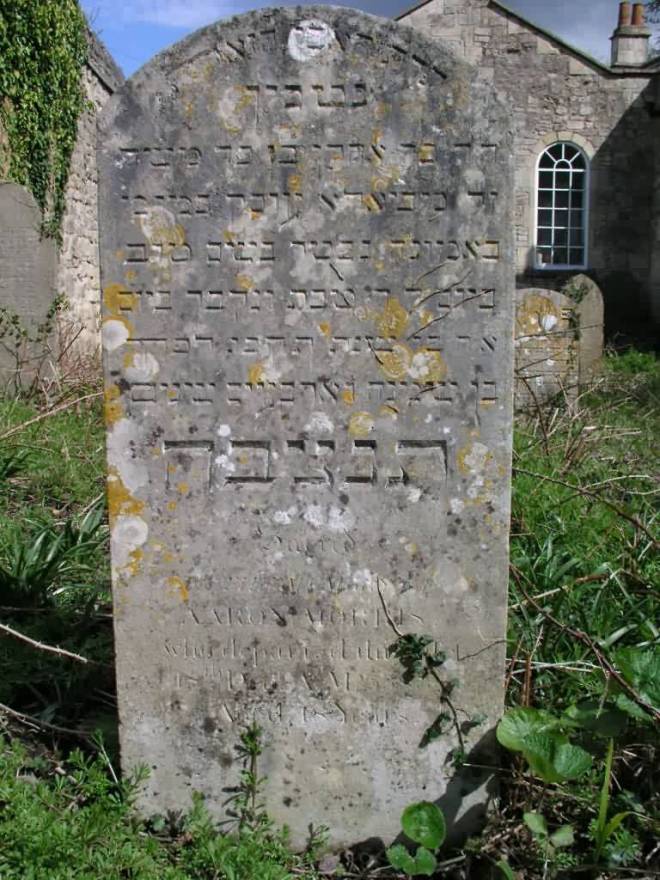 Most tombstones have inscriptions in Hebrew and English

Most tombstones have inscriptions in Hebrew and English

A history of the cemetery has been published by Judith Samuel. Judith also published, with Malcolm Brown, a History of the Jews in Bath (Bath History Volume I 1986 pp 150-171) which has an Appendix listing details of 51 interments in the cemetery. This list is held by us.

In 1997 The ‘Survey of Jewish Built Heritage in the UK & N Ireland’ under the auspices of the Jewish Memorial Council began. A database of the Survey is being set up in accordance with the Council of Europe’s Core Data Index for recording historic buildings and monuments. In 2004 Jewish Heritage UK was set up to complement the Survey and to protect the material cultural heritage. It operates under the auspices of the London Jewish Cultural Centre. As well as maintenance, they stress ‘finding imaginative ways of keeping fine old buildings in use’. 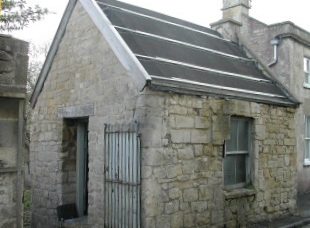 Sharman Kadish, Director of Jewish Heritage UK and based in Manchester, has published a comprehensive description of Jewish sites throughout Britain,  ‘Transactions of the Ancient Monuments Society’ Vol 49, p 31 – 58 2005 by Sharman Kadish – entitled ‘Bet Hayim: An Introduction to Jewish Funerary Art and Architecture in Britain’, which we hold. Genealogical data is found here.

Repairs are needed... we have started by restoring the roof

One thought on “Combe Down Jewish Burial Ground”